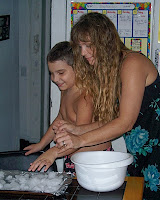 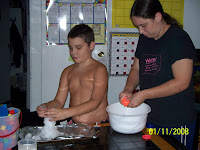 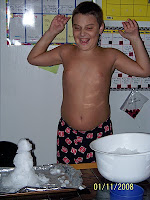 Well here we are on a rainy day and Dustin is extremely bored. John and I have been trying to think of something to do that is different for Dustin. After pondering, John decided to crush up some ice and make snow for Dustin to play with. We tried a few years back to visit up north and give Dustin a chance to play in the snow and make a Snowman; but of course it never snowed (not until we got back to Florida) Figures, right? Well I thought this was a super idea! So not only did Dustin play in the snow; Mommy, Daddy, and even Toni (sister) played with Dustin. He had such a Blast! Although, he still didn't care for the cold feeling of it. I tried to put mittens and gloves on him, but that didn't fix the problem either I guess. So cold hands we kept:) At least until our Snow melted:(

It was fun while it lasted though........Hope you enjoy the pictures. We had fun while they were being taken. Oh yeah, I almost forgot.....I added another poem I wrote to this entry. It's called "Years of Tears and Determination" and " Those Little Big Things Mean So Much".Writing is a great OUTLET for me; and Dustin is certainly my inspiration for writing this poem of strength and postive thinking. Take Care & Big Hugs!.

"The Hello Book Continued (Printable Pages) :" brought to you by, S.M.A.A.R.T.Mom

Hello,
If you're reading this entry it is because you are interested in the "Hello Book". If you look to the Top Right and Scroll down you will find "Blank" Pages for the Hello Book. You can revise and print them out so that you can share the child YOU know with others. I hope this makes life for you a little less stressful for transitions you may encounter. Just to help you a little bit more; I also added some of Dustin's Hello Book pages as well as some other favorite pictures of mine. You might even see some similar behaviors to your child. Nice not to feel alone, isn't it? Good Luck and Take Care.

Well Hello Again,
I thought I would share the "Hello Book" I created for Dustin and his new school. It is so hard to believe our baby is a sixth grader now. He will be attending a new school and will of course have a new teacher and teacher assts. Dustin has an IEP like all of our children do with disabilities; however, they don't give a lot of details regarding Dustin in general. So, I created a book to give plenty of information about Dustin. If you look above at the photos; this is the book I'm talking about. I do suggest that if you know or would like to use my ideas for your child; you may want to add a page of "Emergency Contacts", "A Current Physical", and a "Vaccination Card/Exemption". This way the teacher has ANYTHING she could possibly need pertaining to your child right in the classroom & at her finger tips in case there is an emergency. This book would also be valuable to maybe a substitute teacher ( who again, doesn't know your child). Needless to say, the more info you can give on your child the better. I feel this book is vital for many transitions such as : new surroundings, new individuals working with you child, or maybe even for a Sitter ( of course one you Fully trust). We all know how wide the spectrum is and how each one of our children have their own special way of doing or processing things. Now with the help of the "Hello Book" helping your child get through the day without you or trying to calm your child during a Meltdown will be much easier with notes that you can express to others that may not be aware of certain methods that work for you. I really want to help other parents that are open to suggestions/ my help. Therefore, I added another journal entry after this one with "Blank" pages for you to create your own "Hello Book" for your child. I hope this has been a helpful tool for you. If you have any questions please contact me at smaartmom@centurylink.net Good Luck to you and I hope this will be a successful school year for your little one and you. Take Care.

Here are some pictures from Animal Kingdom. We went the  day after Dustin's birthday. First visit and inspite of his fear of animals; Dustin did very well. We also got to see a lot of his favorite characters. Hard to believe he used to be so frightened years back by characters. He has really made progress. He really liked the "I Spy" game we played with the tree of life. If you have a little one present; see how many animals you can find in the tree. Again enjoy our pictures and adventure.
Until next time; Take Care.

Well our baby is twelve years old now. We had a wonderful time seeing him really enjoy the whole concept of how exciting a birthday should be. He has truly blossomed over the years. Tears of joy are so much better than tears of sorrow. Hope you enjoy his birthday pictures. We did. 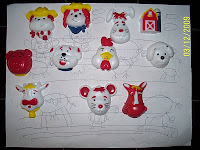 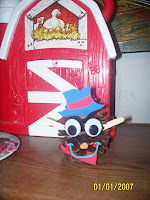 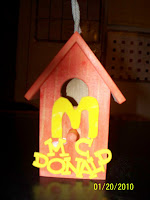 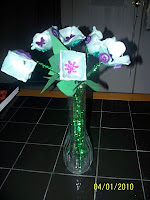